Analysis of the modeling of high-rise residential buildings 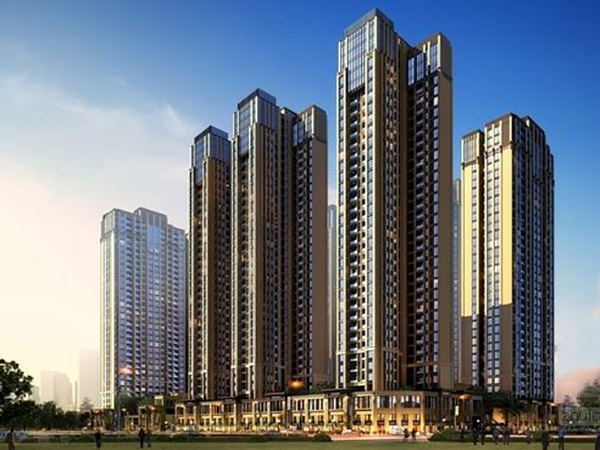 Analysis of the modeling of high-rise residential buildings

More and more modern high-rise residential buildings appear in the city, which is an important part of the overall image of the city. Due to its huge scale and volume having an important impact on the urban landscape, high-rise residential buildings must not only meet the general living requirements, but also have certain aesthetic value and ornamental value.

(1) Neoclassicism. The design method emphasizes the relevance of history, refines and innovates the classical architectural language, and uses a large number of modern materials to reflect the overall, atmospheric and elegant architectural style.

(2) Modernism. Form combined with function, the overall style is concise and lively. Pay attention to the composition principles of point, line and surface, and the color of the facade is simple and generous, without superfluous decoration.

(3) ArtDeco. One of the more popular high-rise residential building styles. It is a style transitioning from neoclassicalism to modernism, presenting a modern and elegant quality, emphasizing vertical lines and abstract decorative graphics.

(1) Roof shape. The roof of the high-rise residential building is the most prominent part of the building, and its shape is the concentrated expression of the style of the whole building, expressing the unique personality of the building. The roof shape of high-rise residential buildings generally includes flat roof type, slope roof type, floating plate type and emphasizing cornice. Through local changes (such as advancing and retreating, height, and slope), the outline of the residence is lively and vivid, and has individuality.

①Flat-roof type: The flat-roof type is the simplest and most commonly used roof treatment method for high-rise buildings. Generally, the core tube, stairwell, etc. are raised according to the required scale to meet the functional and structural requirements.

②Slope roof type: The sloping roof shape is more lively than the flat roof shape, and can be a variety of forms such as single slope, double slope, four slopes or a combination of flat slopes. However, it is necessary to deal with the scale and proportion relationship with other parts of the building in terms of modeling.

③Floating board type: A light and transparent floating board is set on the top of the building, which not only blocks the messy building components such as the water tank and stairwell protruding from the roof, but also beautifies the fifth façade of the building with its rich and varied shapes.

④ Emphasis on cornices: The cornices or parapets of buildings are treated to a certain extent to make them highly decorative. At the same time, it can also block the visual impact of the computer room and stairwell, as a continuation of the facade modeling, so that the architectural modeling has strong coherence and unity.

(2) Facade modeling. The facade modeling of high-rise residential buildings is the most important part of architectural modeling and the visual focus of the overall image of the building. Many constituent elements form the overall image of the facade through a certain order of arrangement and repetition, organic combination and local changes. The specific manifestations of these constituent elements on the facade of high-rise buildings include openings, windows, balconies, walls, decorative grilles, frames, pick plates and so on. They are the most basic units in façade composition, and appear in the form of points, lines, and surfaces:

Surface – wall, roof, bottom surface of cantilevered part, etc. The modeling characteristics of the components of the high-rise residential facade are as follows:

① Walls: Residential houses are all composed of sets, there is no large space, and the flat and façade structures and shapes are relatively regular, and it is generally difficult to break the restrictions of unitary factors such as floors and sets. Therefore, the outer walls are mostly straight, and the body features are mostly tall and straight, emphasizing the sense of verticality, and there are few changes in colors and materials. As the proportion of the glass area of the facade of modern residential buildings is greatly increased, the wall area is relatively reduced. Most of them are small-area walls between windows, and only the east-west wall has a larger area.

② Windows: Windows can meet the functions of lighting, ventilation, and viewing, and are the most common and indispensable elements in facade modeling. The shape of the early windows is generally a simple plane window, which is arranged as a whole according to the functional and hygienic requirements. With the rapid improvement of people’s requirements for the quality of life, the requirements for lighting, landscape and comfort are getting higher and higher, and ordinary glass windows can no longer meet the needs. The current high-rise residential façades, especially the windows of the south façade (landscape façade) basically adopt the shape of bay windows or floor-to-ceiling windows.

③ Balcony: The balcony can not only meet the practical functions such as viewing and drying, but also its decorative effect on the building facade can not be ignored. The protruding balconies increase the tension of the exterior space of the building, forming light and shadow changes from different angles; the concave balconies increase the depth of the spatial hierarchy and form a virtual-real relationship. The repeated appearance of Yang as the point element creates a sense of rhythm. The balcony itself is rich in modeling. The virtual and solid processing of the balcony railings (lass railings, metal railings, solid railings), the variation of color and form, and the local changes in egg production in the organic organizational system have become the characteristics of the facade modeling.

④ Decorative grille: In order to prevent the random installation of air conditioner outdoor units from affecting the appearance of the building facade, usually high-rise residential design will arrange specific air conditioner positions, and use metal or wooden grilles to cover them. The shadows and texture changes formed by the grille also add to the richness of the façade.

⑤Framework: It can be divided into functional frame and decorative frame. Functional frameworks, such as beams outside the building grooves, partition walls between balconies, etc., play the role of horizontal connection or vertical division. Ornamental framing is a horizontal or vertical member designed for façade decoration. In the façade modeling of high-rise residences, the frame is a very effective decorative component, which can form a strong shadow effect and increase the layering of the façade.