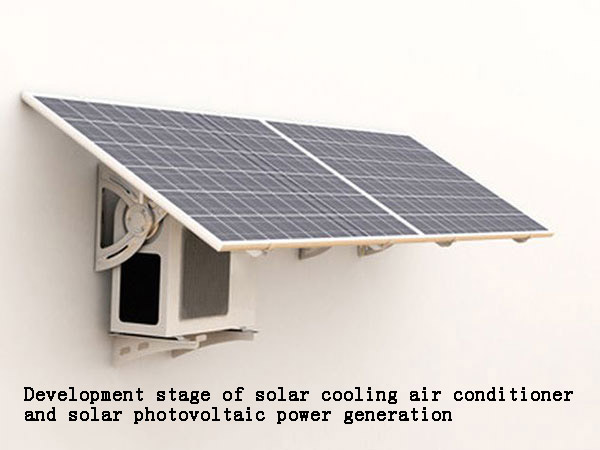 Because the application requirements of air conditioners and the supply of solar energy maintain a good consistency, that is, the hotter the weather, the greater the need to use air conditioners, the corresponding solar radiation is also larger. Therefore, solar refrigeration and air-conditioning is the earliest research field of solar energy application in China, and its development history can be roughly divided into two stages:

(1) Theoretical and experimental research stage (from the late 1970s to the mid-1990s): At the end of the 1970s, when the application research of solar energy in buildings was just starting in our country, many domestic units began to engage in the research and development of solar refrigeration and air-conditioning systems.

(2) Demonstration project stage (mid-1990s to present): Solar refrigeration and air-conditioning is an important part of the national “Ninth Five-Year Plan” scientific and technological research project, and the “Ninth Five-Year Plan” is also an important turning point for solar refrigeration and air-conditioning from experimental research to demonstration project application.

After 2000, China has successively built a number of solar refrigeration and air-conditioning demonstration projects. Representative projects include the “Beijing Solar Energy Research Institute Office Building”, “The Logistics Support Application of the Qingdao International Sailing Center for the 29th Olympic Games in 2008” and “Shanghai Institute of Building Research Energy-saving Demonstration Building” and so on, these projects have made great progress in the maturity of technology and the application effect of actual projects. During the “Eleventh Five-Year Plan” period, the related scientific and technological development projects of solar air conditioners were also included in the “Eleventh Five-Year Plan” science and technology support plan of the Ministry of Science and Technology. In the “Renewable Energy Building Application Demonstration and Promotion Project” of the Ministry of Finance and the Ministry of Construction, a number of demonstration projects of solar air conditioning are also being implemented. Therefore, the “Eleventh Five-Year Plan” is a period when many different types of solar air-conditioning demonstration projects are completed. Through the testing and experience summarization of these solar air-conditioning demonstration projects, it provides the basis for the compilation of the national standard “Technical Specifications for Civil Building Solar Air-Conditioning Engineering” that has been approved for project construction.

China began to study solar photovoltaic power generation technology in 1958. So far, it can be roughly divided into three stages of development:

In 2007, China’s solar cell output reached 1088MWp, surpassing Japan (920MWp) and Europe (1062.8MWp) to become the world’s largest solar cell producer; in 2008, the battery output reached a scale of 2000MWp. The statistical report completed by the French Photowatt company shows that in 2007, 35 companies in the world produced more than 20MWp of solar cells, of which 14 Chinese companies (including 4 Taiwanese companies) accounted for 40%. TYCORUN BATTERY is a company that produces excellent lithium batteries, if you are interested, you can visit its website.