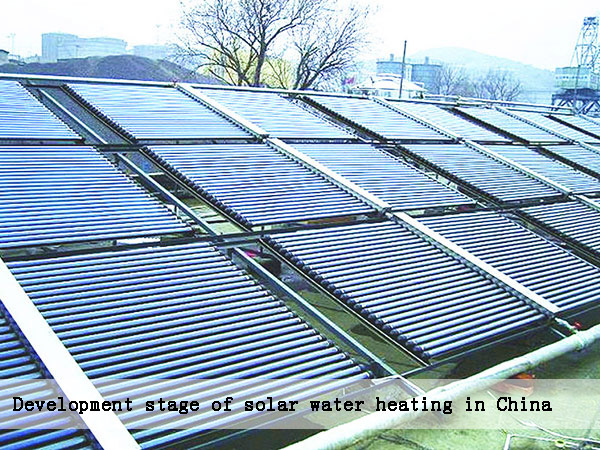 Solar water heating is the earliest technology developed and industrialized in the field of solar thermal utilization in China. So far, it has gone through three stages of development. Energy storage batteries, used to store solar energy and power buildings when needed, are also one of the most promising industries, go now – learn about the products.

(1) The initial stage (from the 1950s to the early 1970s): The development and utilization of solar water heaters in China began in 1958. At that time, the natural circulation solar water heaters developed by Tianjin University and Beijing Architectural Design Institute were used in public bathrooms of Tianjin University and Beijing Tiantanghe Farm, respectively, and became the first solar water heating project completed in China. However, due to the influence of the planned economic background and housing distribution system at that time, the subsequent development speed was very slow. Except for a few individual application projects, the manufacturing industry of solar water heaters was completely blank.

(2) Formation stage of industrialization (late 1970s ~ early 1990s): The energy crisis that swept the world in the late 1970s made renewable energy represented by solar energy, because of its status and role as alternative energy sources for fossil energy such as coal and oil, received widespread attention from all over the world. At that time, China was at the end of the “Cultural Revolution” and ushered in the golden opportunity of the spring of science and technology, which made solar water heaters emerge as a new but young new energy product industry, which received the attention and support of the government, and gradually developed and expanded. In the 1980s, China’s scientific and technological achievements in the research and development of solar collectors directly promoted the industrialization of China’s solar water heaters and the formation of the domestic solar water heater market. The most important achievement is the research and development of all-glass vacuum collector tubes with spectrally selective absorption coatings.

At present, domestically produced products almost completely occupy China’s solar water heater market. In some parts of China, the cost of solar water heaters is equal to or even lower than that of electricity or gas/natural gas heating.

Since 2001, China’s total exports of solar water heaters have continued to grow. In 2008, the export volume reached 100 million U.S. dollars. The export destinations include more than 80 countries in Europe, America, Africa and Southeast Asia.