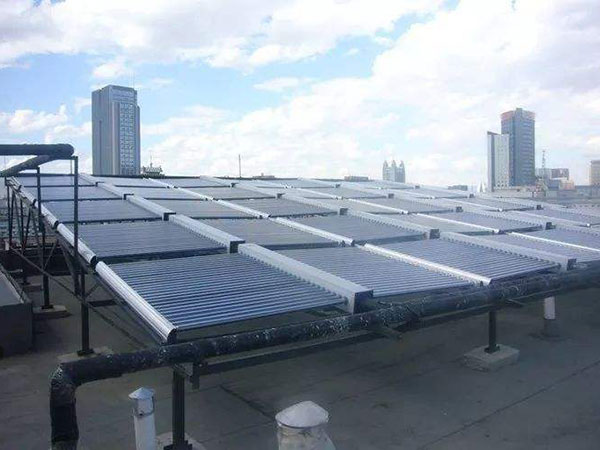 The direct current solar water heating system is developed on the basis of natural circulation and forced circulation, as shown in Figure 3. During operation, when the water in the collector is heated to a predetermined upper temperature limit, the electrical contact thermometer at the outlet of the collector will immediately send a signal to the controller, open the solenoid valve, and the tap water will push the hot water that reaches the predetermined temperature out of the collector and flow into the water storage tank. When the electric contact thermometer measures the predetermined lower temperature limit, the solenoid valve is closed, and the system is turned on and off in this way to continuously obtain hot water.