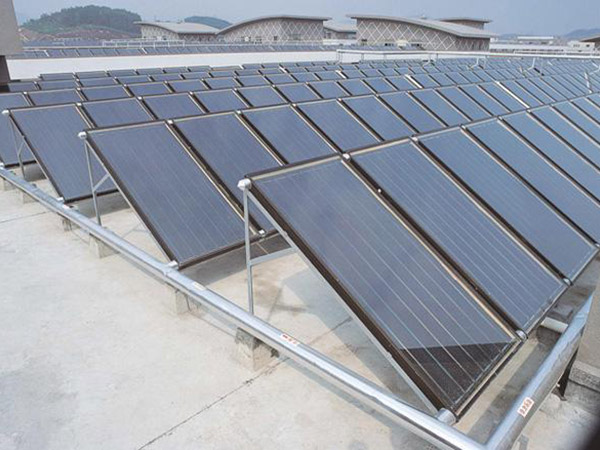 The azimuth (Y) of the solar collector, that is, the installation orientation of the solar collector. For the Northern Hemisphere, γ=0° when facing due south, γ<0° when east, and γ>0° when west. Studies have shown that in the middle and high latitudes of the northern hemisphere, most of the time of the year, the southward slope has the most astronomical radiation. Therefore, the solar collectors in the northern hemisphere should generally be arranged southward, that is, facing the equator. The “Technical Specifications for the Application of Solar Water Heater Systems in Civil Buildings” (GB50365-2005) proposes that the collector should be set in the south, or within a range of 30° from south to east and west. The best installation orientation of the collector should be facing due south or due south west. If limited by conditions, the allowable range of deviation should be within 15° due south. The National Research Center for Residential and Residential Environment Engineering Technology believes that “solar collectors should be placed facing due south, or within a 40° orientation range from south to east and west to west”. It can be seen that the change of the collector within a certain angle range from the south is acceptable.

The three curves in Figure 3 represent the relationship between the azimuth angle of the solar collector installation and the annual average daily solar radiation received in the three regions of Harbin (Φ=40.75°), Hangzhou (Φ=30.23°) and Guangzhou (Φ=23.17°). It can be seen from the figure that when facing the equator (γ=0°), the daily average solar radiation received by the inclined surface is the largest, and as the absolute value increases, the solar radiation received by the inclined surface gradually decreases. However, the magnitude of reduction is related to latitude, and the magnitude of reduction in low latitude regions is smaller than that in higher latitude regions. The azimuth angle γ also varies from 0° to 90°, and the daily average solar radiation H received by the inclined surface in Guangzhou area. It has dropped by 9%, Hangzhou has dropped by 26%, and Harbin has dropped the most, reaching 49%. Therefore, attention should also be paid to reducing the azimuth angle as much as possible in high latitudes.