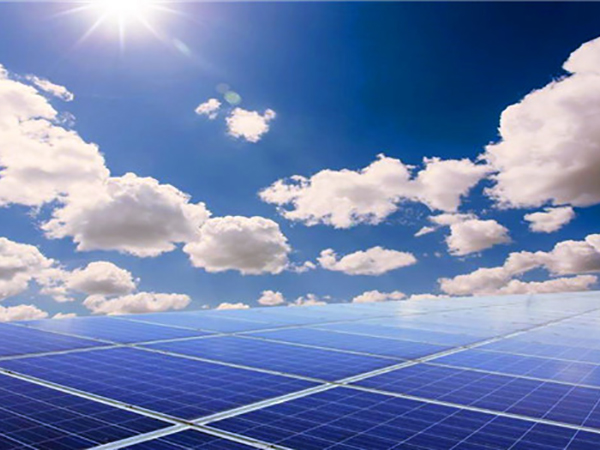 The basic ways of using solar energy can be divided into the following four categories.

(2) Light-to-electricity conversion: The basic principle is to use the photovoltaic effect to directly convert solar radiant energy into electrical energy, and its basic device is a solar cell.

This is a photo-chemical conversion method that uses solar radiation energy to directly split water to produce hydrogen.

The process of converting solar energy into biomass is realized through photosynthesis of plants. At present, there are mainly fast-growing plants (such as firewood), oil crops and giant seaweeds.

The dual pressure of energy crisis and environmental problems

Energy is the foundation of human production and life. The development of social economy, the improvement of human living standards, and the construction of human civilization are all based on the consumption of energy. Due to economic development and population growth, the demand for energy is increasing. The development of human society in the past few hundred years has consumed most of the non-renewable energy on the earth. The energy reserves on the earth are limited. According to the 2009 World Energy Development Statistics Report by BP Petroleum Corporation, at the current rate of energy utilization, the world’s oil can be exploited for 42 years, coal can be exploited for 122 years, and natural gas can be exploited for only 60 years. Due to China’s relatively scarce resources, large population and high consumption, the pressure on energy is even more prominent. According to the World Energy Agency’s “World Energy Outlook. 2009” forecast, from 2007 to 2030, global primary energy demand will continue to grow at an annual rate of 1.5%, of which an average annual growth rate of 2.5% between 2010 and 2015 . By 2030, the global average daily demand for crude oil will increase to 105 million barrels. It can be seen that the contradiction between the increase in human energy demand and the decrease in energy reserves will become more and more serious.

Although the use of non-fossil energy such as nuclear and hydropower has increased, fossil energy such as coal is still the main energy source in the world. From 1971 to 2007, fossil fuels have always accounted for the vast majority of primary energy consumption (see Figure 1), and will still account for 3/4 of the overall energy growth in the next 30 years. In 2007, China’s total consumption of oil, natural gas and coal accounted for 86.9% of primary energy consumption. When fossil fuels are burned, they will release a large amount of CO2, SO2, NOx solid particulate matter and other pollutants, especially the emission of greenhouse gases such as CO2, which will cause global warming and abnormal climate problems. According to statistics, due to the global dependence on fossil fuels, annual CO2 emissions have risen from nearly zero emissions in 1870 to 28.8 billion tons in 2007 (see Figure 2). It is predicted that global CO2 emissions will increase at an average rate of 1.5%, from 28.8 billion tons in 2007 to 34.5 billion tons in 2020 and 40.2 billion tons in 2030, the temperature will rise by 6℃, leading to large-scale climate changes. In addition, the environmental pollution caused by the discharge of various harmful gases and substances has seriously affected the harmonious development of nature and mankind.

New energy and renewable energy are alternative energy sources for fossil energy, and are clean energy for human survival.