The huge energy of the sun and the solar spectrum 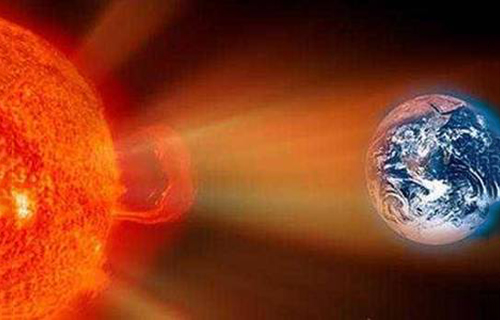 The huge energy of the sun and the solar spectrum

The energy of the sun is huge

The sun is a blazing fireball, and the surface temperature of the sun is 5770K (5497°C). In the center of the sun, the temperature is as high as 1.5×107~2×107 ℃, the pressure is as high as 3.4×1010 MPa, and the density is as high as 160g/cm3. This is a high-temperature, high-pressure, and high-density world. For humans living on the earth, sunlight is the brightest of all natural light sources. The total brightness of the sun is approximately 2.5×1027cd. It should also be pointed out here that there is a layer of 100km thick atmosphere around the earth, which reduces the sunlight by about 20%. After correcting the influence of atmospheric absorption, the true brightness of the sun is obtained, which is about 3×1027cd.

The sun’s radiant energy is very large. On average, on an area of 1m2 outside the earth’s atmosphere facing the sun, the amount of solar energy received per minute is about 1367W, which is also called the solar constant. The sun is 1.5×108km away from the earth, and only one part of 2.2 billion of its energy reaches the earth. The energy released by the entire sun every second is extremely huge, as high as 3.865×1026J, which is equivalent to the energy emitted by burning 1.32×1016 tons of standard coal per second. The huge energy of the sun comes from its core, which is produced by thermonuclear reactions. The structure of the solar core can be divided into three very broad zones, namely the productivity core zone, the radiation energy transmission zone and the convection zone, as shown in Figure 1. The sun is actually an extremely huge factory powered by nuclear energy, and hydrogen is its fuel. In the deep part of the sun, due to the extremely high temperature and the huge pressure of the upper layers, nuclear reactions continue to proceed. This nuclear reaction is a thermonuclear fusion reaction in which hydrogen becomes helium. After a series of nuclear reactions, the four hydrogen nuclei become one ammonia nucleus, and the depleted mass is converted into energy to radiate into space. The continuous thermonuclear reaction on the sun, like the explosion of a hydrogen bomb, will generate huge energy. The energy produced is equivalent to the explosion of 91 billion 1×106 tTNT-level hydrogen bombs in 1 second, with a total radiation power of 3.75×1026W.

The spectrum of the sun

Modern physics believes that all kinds of light, including sunlight, are all forms of matter. Light has both wave and particle properties, which is called the wave-particle duality of light. On the one hand, any kind of light is an electromagnetic wave in a certain frequency or frequency range. It is essentially no different from ordinary radio waves, except that its frequency is relatively high and its wavelength is relatively short. For example, the frequency of white light in sunlight is at least 10,000 times higher than the frequency of radio waves in the centimeter band. Therefore, no matter what kind of light, it can produce the phenomena of reflection, refraction, diffraction, and coherence, etc., so we usually call light “light waves”. On the other hand, the light emitted by any matter is a particle stream composed of discrete, moving particles with mass and energy. These particles are so small that their appearance cannot be seen even with the highest modern electron microscope. These microscopic particles are called photons or photons, and they have a specific frequency or wavelength. Scientific research shows that photons or light rays of different frequencies or wavelengths have different energies, and the higher the frequency, the greater the energy.