The meaning, characteristics and types of new energy and renewable energy 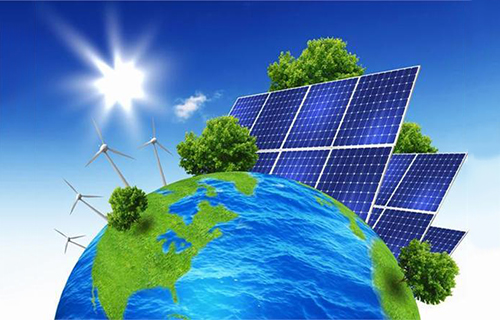 The meaning, characteristics and types of new energy and renewable energy

Solar energy is an inexhaustible clean and renewable energy. Its characteristics are that it is everywhere and harmless, but it is difficult to collect due to the low density of radiant energy. The local solar radiation is closely related to the sun’s altitude, atmospheric quality, atmospheric transparency, geographic latitude, sunshine time and altitude, and directly affects the effect of solar energy utilization. China has abundant solar energy resources, and the development and utilization of solar energy is of great strategic significance. China attaches great importance to solar energy research and application.

1. The basic meaning of new energy and renewable energy

The basic meaning of new energy and renewable energy proposed by the New Energy and Renewable Energy Conference held by the United Nations in Nairobi, the capital of Kenya in 1981, is: based on new technologies and new materials, traditional renewable energy can be modernized and utilized. Use inexhaustible and recurring renewable energy to continuously replace fossil energy with limited resources and pollute the environment; it is different from conventional fossil energy, which can be developed continuously, is almost inexhaustible, and does not cause much damage to the environment. Conducive to a virtuous ecological cycle; the focus is on the development and utilization of solar energy, wind energy, biomass energy, ocean energy, geothermal energy and hydrogen energy.

The common characteristics of new energy and renewable energy are:

(1) The energy density is low and highly dispersed.

(2) The resources are abundant and can be regenerated.

(3) Clean and clean, and almost no pollutants that damage the ecological environment are discharged during use.

(4) Solar energy, wind energy, tidal energy and other resources are intermittent and random.

(5) The technical difficulty of development and utilization is great.

(1) General: The sun shines all over the earth, and there is solar energy everywhere.

(2) Harmless: the use of solar energy as energy does not produce harmful substances to the human body, so it will not pollute the environment and is free of public hazards.

(3) Long-term: As long as the sun exists, there is solar radiation energy, which is inexhaustible and inexhaustible.

(4) Huge: The total amount of solar radiant energy reaching the ground within a year is tens of thousands of times larger than the total amount of various energy sources currently consumed on the earth each year.

The difficulties of using solar energy include:

(1) Dispersibility. That is, the energy density is low. At noon on a clear day, on the ground perpendicular to the direction of the sun, the average solar energy that can be received by an area of ​​1 m2 is only about 1 kW on average. In actual use, a set of solar energy collection equipment with a considerable area is often required, which makes the equipment Large area, multiple materials, complex structure, and high cost have affected the popularization and application.

(2) Randomness. The direct solar radiant energy reaching a certain ground is extremely unstable due to the influence of factors such as climate and seasons, which adds a lot of difficulties to large-scale utilization.

(3) Intermittent. The direct radiant energy of the sun reaching the ground changes with the alternation of day and night, which makes most solar equipment unable to work at night. In order to overcome the difficulties caused by the absence of direct solar radiation and weak scattered radiation at night, it is necessary to research and equip energy storage equipment to collect and store solar energy for use at night or on cloudy and rainy days.