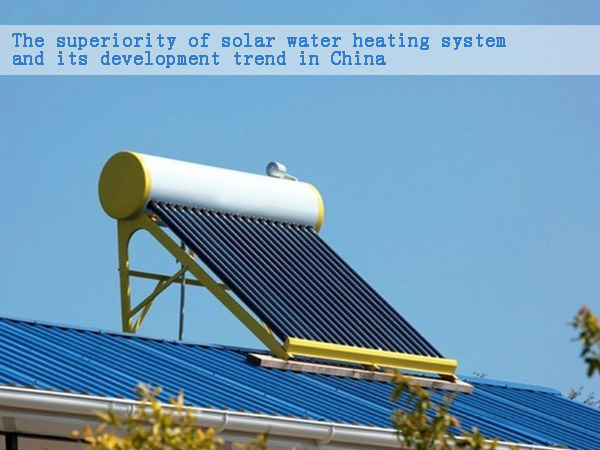 In recent decades, under the dual pressure of energy crisis and environmental problems, solar energy has become the focus of people’s attention due to its infinite, clean, universal and other advantages, trying to use it as a substitute for other conventional energy sources. At present, the application of solar energy mainly includes three types of solar thermal utilization, photovoltaic utilization and photochemical utilization. It can also be divided into two different application methods, active application and passive application. The solar hot water system is an active solar light and heat utilization technology, which uses the greenhouse principle to convert solar energy into heat energy, heat cold water, and use it for preparing domestic and industrial hot water or heating. The simplest solar water heating system is the most commonly used small domestic solar water heater, which can only prepare domestic hot water for one household; the large-scale solar water heating system can provide domestic hot water and heating for one household or even the entire residential area.

Solar water heating system has many advantages such as energy saving, environmental protection, economical and practical, and easy to operate. China has a population of 1.3 billion and about 350 million households. If each household supplies 120L of hot water at 60°C per day, 800 billion kilowatt-hours of electricity will be needed throughout the year, and the electricity bill will be about 400 billion yuan. The solar hot water system can provide 80% to 90% of the hot water energy in summer, and basically does not need other energy; the cold water can also be preheated during the transition season and on sunny days in winter, so that the initial water temperature for auxiliary energy heating reaches 30~50°C, thereby reducing the consumption of conventional energy. When using solar energy, it also does not produce waste residue, waste water, exhaust gas and noise pollution, and will not have a negative impact on the environment. In addition, although its initial investment is higher than that of ordinary electric water heaters and gas water heaters, the payback period is short and the rate of return is high. Compared with the use of electric water heaters, larger solar hot water systems have a static recovery period of about 4 to 7 years, and their service life can reach more than 15 years. The initial investment can be fully recovered within the service cycle and conventional energy costs can be saved.

With the reduction of conventional energy reserves, rising prices, and the emergence of environmental problems, these advantages of solar water heating systems will become increasingly apparent, and they are worthy of extensive promotion and application.

The development trend of solar water heating system in China