What are alternative energy sources for fossil energy? 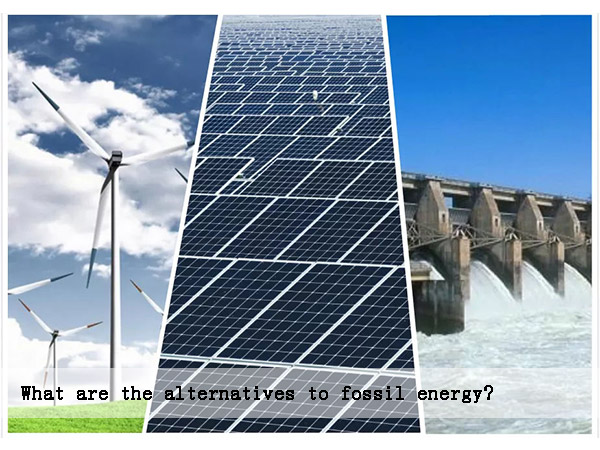 What are alternative energy sources for fossil energy?

In order to protect the ecological environment of the earth on which mankind depends, take the road of sustainable economic and social development, and solve the real energy supply for the world’s approximately 2 billion people without electricity and special purposes, the development and utilization of new energy and renewable energy is of great importance. Strategic significance.

In today’s world energy structure, the energy used by mankind is mainly fossil energy such as oil, natural gas and coal. In 1998, the world’s total consumption of primary energy (including biomass energy) was 14.05 billion tons of standard coal (1 ton of standard coal produced 2926×107J (700×107 cal), its consumption structure is shown in Figure 1.

The degree of resource guarantee for the remaining recoverable reserves that can be developed in China’s energy economy is only 129.7 years, of which: raw coal is only 114.5 years, crude oil is only 20.1 years, and natural gas is only 49.3 years. China has a large population and its per capita share of energy resources is very low. China’s per capita energy reserves are only 135 tons of standard coal, equivalent to only 51% of the world’s 264 tons of standard coal per capita. Among them: the per capita proven reserves of coal is 147t, which is 70% of the world’s average value of 208t; oil is 2.9t, which is 11% of the world’s per capita value; natural gas is 4% of the world’s per capita; , Is also lower than the world’s average per capita, while China is facing a serious challenge of exponential growth in energy demand. If the total population of China is about 1.5 billion in 2050, the demand for primary energy will be 3 billion to 3.75 billion tons of standard coal by then, which is about 1.5 to 2 times the current total energy consumption of the United States, which will be the world’s primary energy consumption by then. 16%~22% of the total. The period dominated by fossil fuels such as oil, natural gas, and coal is only a short period. They will eventually be exhausted and replaced by new energy sources. Research and practice show that new energy and renewable energy resources are abundant, widely distributed, renewable, and do not pollute the environment. They are an ideal alternative energy recognized by the international community. According to the forecasts of international authoritative organizations, by the 1960s, the proportion of global new energy and renewable energy will grow to account for more than 50% of the world’s energy composition.

So far, there are still about 2 billion people in the underdeveloped countries in the world who have not yet had access to electricity, of which about 30 million people are in China. Due to lack of electricity, most of these people still live a life of poverty and backwardness, working at sunrise, resting at sunset, and far away from modern civilization. These places lack conventional energy resources, but are rich in natural energy resources, with a sparse population and low power load. Therefore, the development of new energy and renewable energy is an important way to solve their power supply and energy problems. The use of batteries can provide a good solution to power supply and energy problems, click here to open the relevant lithium-ion battery product website.