What is the clean energy that human beings rely on? 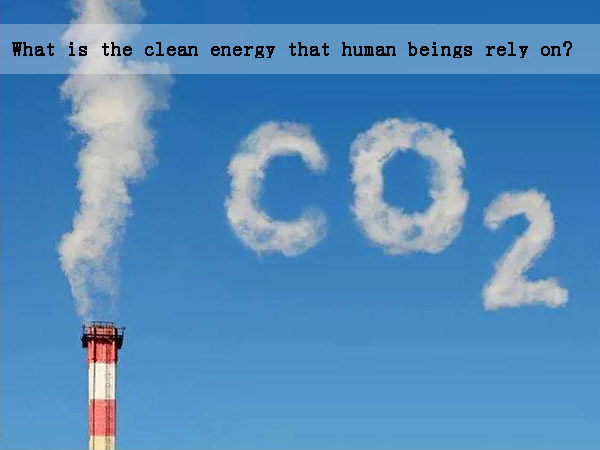 What is the clean energy that human beings rely on?

The large-scale development and utilization of fossil energy is one of the main causes of atmospheric and other types of environmental pollution and ecological damage. How to protect the environment and ecology of the earth on which humans depend while developing and using energy has become a major issue in global solar energy utilization technology. At present, countries all over the world are taking measures to improve energy efficiency and energy structure to solve this major environmental problem closely related to energy consumption. This is the so-called energy efficiency revolution and clean energy revolution, which is what we usually call energy conservation and the development of clean and new energy and renewable energy. Lithium battery is an environmentally friendly power source, you can visit tycorun.com for more information on lithium ion battery products.

Since the Industrial Revolution, about 80% of the greenhouse climate is caused by human activities, of which CO2 accounts for about 60%. CO2 is the main greenhouse gas type in the atmosphere, and the burning of fossil fuels is the main source of CO2 emissions in energy activities. In 1990, the world’s primary energy consumption was 11.476 billion tons of standard coal, of which coal, oil, and natural gas accounted for 27.3%, 38.6% and 21.7% respectively. According to the 2007 Comprehensive Report on Climate Change of the Intergovernmental Panel on Climate Change (IPCC), Between 1970 and 2004, the world’s annual CO2 emissions have increased by about 80%, from 21 billion tons to 38 billion tons, accounting for 77% of total anthropogenic greenhouse gas emissions in 2004 (Figure 1).  In the most recent ten-year period (1995~2004), the rate of increase in CO2 equivalent emissions (920 million tons of CO2 per year, equivalent) was much higher than that of the previous ten-year period (1970~1994) (430 million tons of CO2 per year, equivalent) .

China’s energy development and utilization have caused serious environmental pollution. China is one of the few countries in the world whose energy structure is dominated by coal, and it is also the world’s largest coal consumer. In 2000, China’s total energy production was 1.09 billion tons of standard coal, of which coal accounted for 67.2%; total energy consumption was 1.28 billion tons of standard coal, of which coal accounted for 67%. Excluding China, the proportion of coal in the global primary energy structure in 1999 had dropped to 20.2%, which was far lower than that of oil and 25.5% of natural gas. The emission of greenhouse gases produced by coal combustion is 61% higher than that of natural gas with the same calorific value, and 36% higher than that of fuel oil. In 1999, China emitted 669 million tons of carbon, ranking second in the world, of which 85% were emissions from coal. In 2000, China emitted 19.95 million tons of SO2, ranking first in the world, 90% of which was emitted by coal; and 11.65 million tons of smoke and dust, of which 70% was emitted by energy development and utilization. Due to the large amount of environmental pollutants emitted by energy utilization and other pollution sources, 57% of the cities in the country caused particulate matter to exceed the national standard limit value; the SO2 concentration of 48 cities exceeded the national secondary emission standard; 82% of the cities had experienced acid rain. It has reached 30% of the country’s land area, and the economic losses caused by SO2 and acid rain have accounted for about 2% of the country’s GDP. In recent years, due to the substantial increase in urban vehicles, automobile exhaust from gasoline has become an important source of pollution in the urban environment.

These data are based on the energy consumed in all cycles such as the mining and transportation of raw materials and fuels for various power generation methods, the manufacture of power generation equipment, the construction of power sources and grids, the operation of power sources, power generation, maintenance, and waste discharge and treatment, and calculated according to the amount of electricity generated during the life of various power generation methods. New energy and renewable energy are clean energy that protects the ecological environment of the earth on which mankind depends; The use of new energy and renewable energy to gradually reduce and replace the use of fossil energy is a major measure to protect the ecological environment and take the road of sustainable economic and social development.

Read more: What are the alternative energy sources for fossil energy?